With a recent couple of scares at the local high school in the past several months, including a full protocol lock down, in talking with a friend of mine who works at the high school, I realized the depth of my next nominee for The DOER Series here in my Authentically Bold blog.

I do not go to the high school often to dismiss my oldest child, but when I do, I am greeted at the front entry by a gentleman that has a conflicting aura about him: he is both intimidating but yet, warm and funny in the same moment. For those of you that know me, I do not get easily intimidated, but I love people with a great sense of humor and particularly those who make fun of me at my expense. 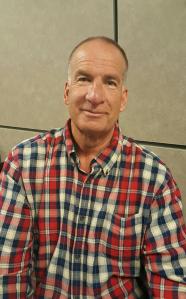 After the seriously scary lock-down at our high school, I asked my friend more about this man after it dawned on me that *this* man is our first line of defense should anyone target our high school through the front entry- way. Without knowing this man beyond our handful of interactions, I know without a figment of a doubt that he would put his life first before letting any intruder get to the thousands of students that go to the high school. My friend confirmed for me that the “scary funny” man (as I described him) that sits at the front desk would absolutely place himself in any line of “fire” that may threaten to harm any of the building’s occupants.

Who IS Michael Hume?

Beyond the tough shell and super teasing personality is a man whose wife describes him as “a very caring and compassionate person.”  Dayna states, “We were both raised in political families and were taught from an early age to give back to our community whenever the opportunity arises.  We have managed to teach our children those same values and are so impressed with the level of compassion that they have toward others!”

Dayna traces back their desire to help outwardly was their decision to become foster parents.  She credits the foster parenting training as being so intense that it allowed Michael and her to recognize qualities that they did not know they had as a couple.

When their son Bo, began to play Pop Warner Football at the age of 8 years, Michael and Dayna became involved in the Pop Warner program in Leominster.  Not only did Michael, as well as Dayna, become board members, but Michael started a long career of coaching, becoming director and subsequently President of the League itself. Dayna was right behind Michael as the league secretary and team mom for Bo’s teams; and even tried her hand at coaching cheerleading.

Michael started the Mighty Might Bowl in Leominster one year so that the youngest kids who do not get the opportunity to have playoffs, could have a chance to play in a “big” game. The parents were so thankful to Michael for giving their kids that experience.  While Michael was President he managed to change the Leominster Pop Warner colors to match the city colors of blue and white and purchased new uniforms for most of the teams.  Based on Michael’s leadership example, his older son Rich also became involved: he mowed the field and helped install the new electronic score board at the field.  Michael further championed for the continued use of the field when the then current city government tried to eliminate the lease of the field. Michael’s diligence, research and perseverance allowed a long time tradition of Pop Warner football to continue on in its Leominster location.

At St. Mark’s, Michael did the one thing that he loves the most; cooking while Dayna worked in the clothing part of the Thrift Shop.  Michael was given several opportunities through his church roots to help others in the community.  For example, there is one couple who came in to the church often, but who did not hail from the Leominster area.  The couple wanted to go to Milford to put flowers on a family grave around Memorial Day; however, they had no method of transportation to get there.  Michael offered to drive them and took the couple on two occasions.

The newest ministry at St Mark’s has been the Community Café held at the Boys and Girls Club on Tuesday evenings.  Michael not only continues to cook, but he has become the meal planner.  The families fed by the Community Café are those who are living in local motels, displaced from their prior residences several miles away due to a discontinuance of a statewide subsidy program. The Community Cafe gives these displaced families not only a night out of the motel rooms where they are cramped with several family members; but a chance to fellowship with each other and actually enjoy a sit down meal as a family.

Michael’s career working for 29 years as a prison guard allowed him to acquired wonderful skills in dealing with people with a deserved level of compassion and understanding.  Perhaps, this experience explains the “tough outer shell” I referenced above. However, it is that soft interior filled with compassion and humor that allows Michael to succeed in his role at Leominster High school.

The students at the high school respond to Michael’s style very well, knowing he is there to not only enforce the rules and boundaries, but that ultimately, this man has their back. Many of the students continue to keep in touch, even after graduation; often times stopping by to visit Michael and bringing him his beloved Diet Coke.

One of Michael’s students from a few years ago lost her dad. The impact that Michael had on this particular student is she repeatedly tells Michael that she wants him to walk her down the aisle when she gets married.

Michael hopes to use his current experience within the high school, coupled with his ties throughout the community from his Pop Warner service, and his church volunteerism to embark on a bid for a School Committee seat this coming year. His passion for the kids and his love of the community deeply drives his ambition to help make some much needed and important changes in the Leominster Schools.

I always say it takes a village to raise children and Michael has certainly paved his way in being a solid, although humble, leader in giving back to his community through sports, church and in the school itself. Mike may not stand and scream his accolades from the rooftops, but his actions prove his character is undeniably changing our local community for the better without any benefit other than filling his big heart. Our big, little city needs more of that…..and he’s is definitely an Authentically Bold DOER. 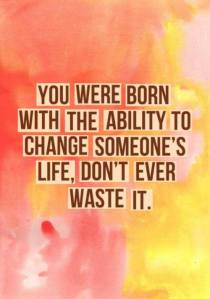 If you have a DOER you would like to nominate for a future edition of The DOER Series, please contact me at rsoulliere74@comcast.net.

Daily Life - coping with Depression and recovery from Breast Cancer

The Heart of Healing

My journey of healing mind, body and spirit

Why laughter, happiness and a love of pink will help me beat Breast Cancer

making sense of the breast cancer experience together

Breaking News, Sports, Weather, Traffic And The Best of NY

What if you spent every day looking for One Beautiful Thing?

A place for cats, creativity, and a dash of philosophy

Portrait photographer, straight up about living breastfree after cancer

LIfe is tough. Wear a helmet